Another hot and muggy Linn County Fair is in the books. Local 4-H and FFA members brought their projects for judging, and the public came to view the projects and attractions of the fair. As is the norm, the fair concluded with the livestock auction where this year the participants sold market hogs, sheep, and cattle. Potential buyers began registering at 8:00 am on Monday, June 28, at which time they were treated to a breakfast of doughnuts and other sweet breads. One new feature of the auction was reserving locker slots for the livestock purchased. Either the buyers needed to make arrangement with the locker/processor ahead of time to process the animal, or the seller could reserve a spot. Any animal not kept for processing would be sent to market. Attorney Ron Martin once again attended the Fair and the Livestock Auction. Having grown up on a farm and been a member of 4-H and FFA himself, Ron likes to support the young agriculturalists by participating in the auction.  Below is a picture from two of the girls that Day Rettig Martin, P.C. bought livestock from at the auction. 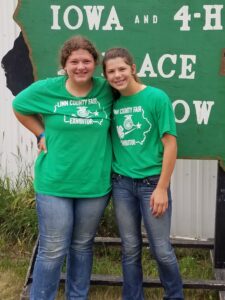 Ron’s law practice includes agricultural and business debt restructuring and commercial matters. If you have any legal questions about your farming or business operation, feel free to call Day Rettig Martin, P.C.

It is expected that Judges will always apply the law evenly and fairly without any bias affecting their decisions. However, as Attorney Ron Martin learned from a presentation by the Honorable Mark W. Bennett at the 2019 All-Iowa Bankruptcy Conference, sometimes judges are influenced by factors they do not even realize are in play.  According to a study conducted in 2006, Inside the Bankruptcy Judge’s Mind, inherent biases may impact a bankruptcy judge’s decision without the judge even knowing it is happening.  The study identified two such factors as Anchoring and Framing.  It is important for bankruptcy attorneys to understand what these factors are and how they can impact a judge’s ruling in a bankruptcy case

The study defined “Anchoring” as when a person uses an initial value to determine an ultimate estimate. The study tested bankruptcy judges’ susceptibility to Anchoring by asking them to determine a new interest rate on a restructured loan. Half of the judges were provided the old interest rate, and half were not. It should be noted that the old interest rate should not play a factor in determining the new rate in this situation. The study found that the two groups’ average interest rates differed by almost 1%. This was concluded to be a significant difference.

Knowing that judges are susceptible to Anchoring, attorneys should be able to structure their filings and the manner in which they deal with the court accordingly.

The second factor tested in the study that yielded positive results is “Framing.” Framing occurs when something is presented as a risk resulting in a gain or a loss. The study found that people are more likely to engage in riskier behavior when choosing between options that appear to represent losses than when those options represent gains. For example, people would rather be given $100 than have a 50% chance of winning $200, but they would rather have a 50% chance of losing $200 than give away $100.

Knowing the importance of Framing, attorneys should be able to use Framing to their advantage when drafting filings.

Framing and Anchoring are not the only inherent biases that may affect the outcome of a judge’s decision. Judges may also be influenced by their political party, morals, or even the appearance of the debtor without the judge even realizing it. Attorneys cannot control all of these inherent biases or know how they may impact their cases, but they can understand them and try to use them to the advantage of their clients.

If you have a question about bankruptcy, call Attorney Ron Martin.

What is Partition Law?

Partition law addresses the issue of joint ownership and co-ownership of properties. In the past, if the joint owners of property could not agree to the “in kind” division of property where one party gets a portion and the other party gets another portion of equal value, Iowa Courts would normally order the property sold and then divide the proceeds among the former joint owners.

One issue with this method of division is that it did not take into account is the strong emotional attachment many farmers have to the land. Often times farmland has been passed down through the family for generations. Because of this, the land has sentimental, cultural, or historic value to the family that would be lost if it was sold. Additionally, one or more family members who have an interest in the farm move to other farm careers leaving one or more family member continuing with the operation. That remaining member wants to continue farming. The forced sale approach can deprive the farming member the opportunity to continue the family farm.

Iowa made significant changes to the Partition Laws in 2018 to promote the preference for in kind partition and give direction to the courts to help them achieve equitable in kind partitions. The courts now take into consideration that family farms often present special circumstances and sale of the entire property and division of the proceeds should not be a first option.

How We Can Help!

The attorneys of Day Rettig Martin, P.C. are able to work with farmers, business owners, and others to develop estate and succession plans. They are also able to help persons who are experiencing issues with property co-owners, including farm corporations and trusts. The attorneys have experience in agricultural law, real estate, trusts and estates, and family farming corporations. They understand the importance of your family farm. Our attorneys can help you negotiate with your co-owners and represent you in the court. Contact us if you need assistance with dealing with joint ownership issues.

There are currently 3,931 miles of railroad track in Iowa, and, according to the 2012 Census, 30,622,731 acres of farmland in Iowa. With farmland making up over 85% of Iowa’s land, it is inevitable that railroads will run through farmland. In most instances, the railroad right-of-way belongs to the railroad company while the adjacent farmland is owned by other persons or entities including family farmers.

If you have a rail line going through your property, and have questions about your property rights, call attorneys Ron Martin or Mark Rettig at Day Rettig Martin, P.C.

Attorney Ron Martin attended the 2018 Farm Progress Show in Boone, Iowa. This show allowed Ron to see firsthand much of the newest farming equipment. The modern “Draper Head” for combines and seed tenders such as the Seed Chariot pictured here caught his interest. The all-wheel drive tractor pictured is a far cry from the Farmall Super M that Ron operated in high school. 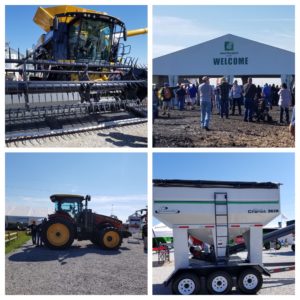 The information that he obtained at the Farm Progress Show provides him with the  practical perspective needed when working with agri-business people. 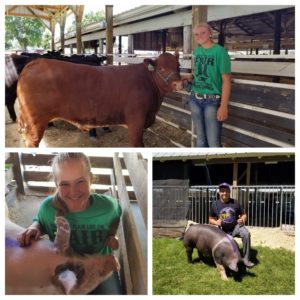 In 2018, Attorney Ron Martin continued his tradition of attending the Linn County 4-H and FFA Livestock Auctions as a representative of Day Rettig Martin, P.C. Ron grew up on an Iowa Farm and participated in 4-H and FFA programs himself in his youth. He knows firsthand how important the buyers’ contributions are to these programs. Because of this he attends these auctions to show the Law Firm’s support. The attorneys at Day Rettig Martin, P.C. proudly promote the next generation of Iowa Farmers that participated in the Linn County 4-H and FFA Fair. Pictured are some of the livestock bid on by Attorney Ron Martin in support of his community.

Ron also uses his life experiences in his practice; he represents farmers and agricultural businesses in need of assistance with their legal needs.

The attorneys at Day Rettig Martin, P.C. always look for new opportunities to grow in their fields. So, with this in mind, Attorney Ron Martin attended the 2018 All-Iowa Bankruptcy Seminar. The seminar featured discussions and programs on a wide variety of bankruptcy matters. A multitude of professional speakers shared their insight on the ins and outs of filing for bankruptcy, allowing Ron to make connections and enhance his skill set to better aid his clients in bankruptcy matters.

Attorney Ron Martin is a bankruptcy expert, with experience in individual, business, and farm bankruptcies.

Attorney Ron Martin represented Day Rettig Martin P.C. at the Linn County 4-H and FFA Livestock Auction again this year.  The Law Firm purchased two steers, a market lamb, and a market pig to support the fair participants and the 4-H and FFA programs in general.  Ron, himself, participated in 4-H and FFA in his youth showing steers and heifers.  He appreciated the buyers support then and wants to show the Law Firm’s support now.  The Law Firm’s practice areas include assisting farmers and other agriculture businesses with their legal needs.  The 4-H and FFA programs help provide the foundation for young people who will be our next generation in agriculture.  Day Rettig Martin, P.C. is proud to support the Linn County 4-H and FFA Fair participants. 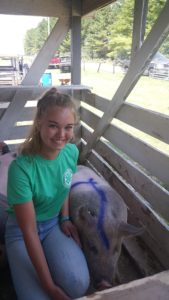 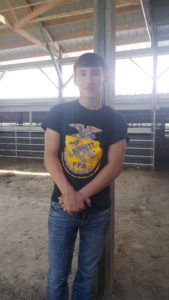 On December 20, 2016, Attorney Ronald C. Martin presented at the Iowa Farm Business Tax Strategies, Regulator Changes, Succession Planning and More seminar sponsored by the National Business Institute. Attorney Martin’s presentation focused on educational material to assist farmers, landowners and their attorneys in understanding the state and federal effects of bankruptcy, and debtor-creditor laws as they pertain to agriculture. Among the items discussed were the importance of documentation, exemptions, Chapter 7, Chapter 11, Chapter 12 and Chapter 13 bankruptcy. The materials from the presentation are now available on our website. 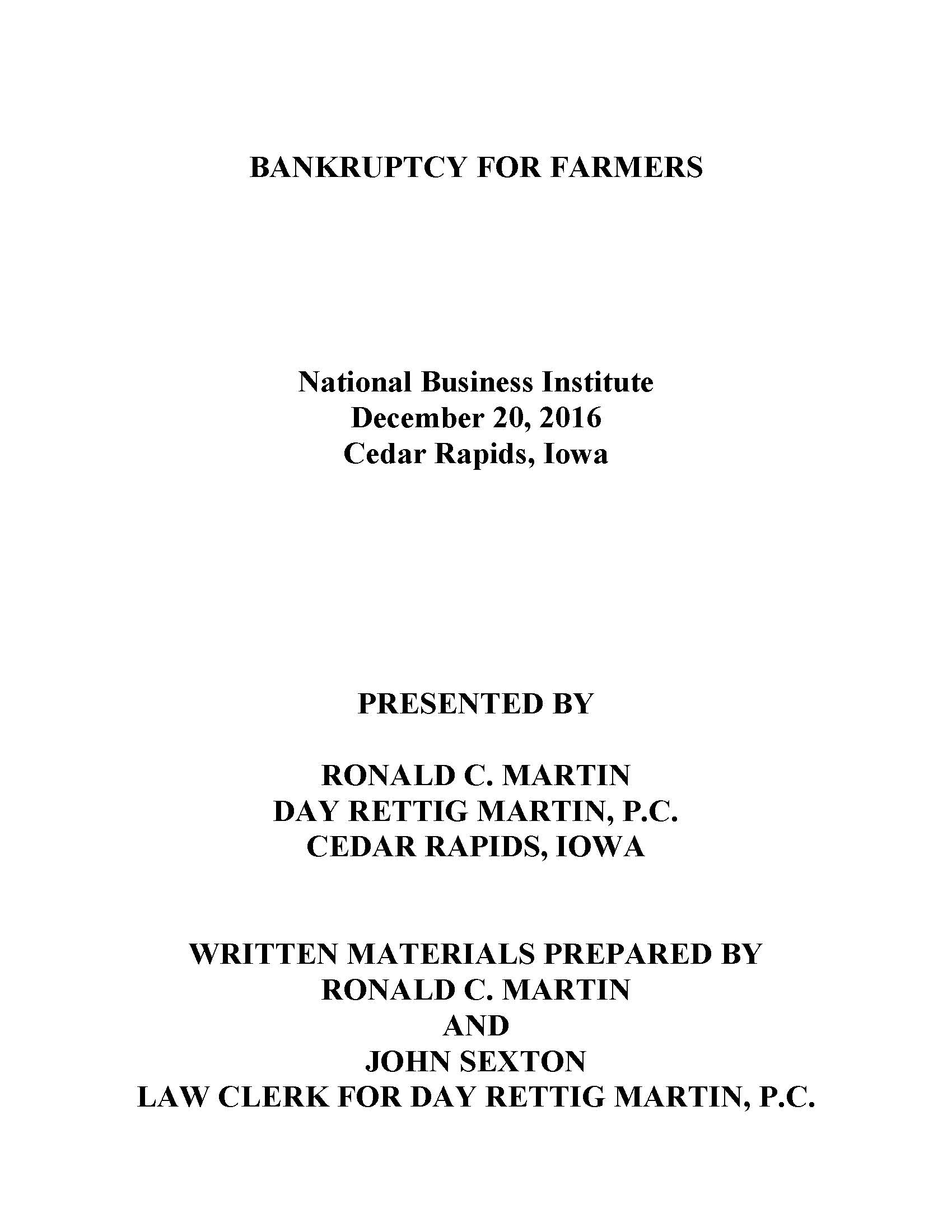